About me… hmmm. I’m a fifty-two year old long-haired drop-out with a silly beard. Is that enough?

The Long Lost Future isn’t my first time in print. In 2013 I was lucky enough to get three definitions into ‘Afterliff‘ – John Lloyd and Jon Canter’s sequel to Douglas Adams and John Lloyd’s ‘The Meaning of Liff’.

Chances are you didn’t buy that book, so here are those definitions again:

Cobnash n. – Anything that falls out of your sandwich and into your drink.

Gawcott n. – A baby so ugly you can’t even tell which way up it is.

If any of these words turn up in subsequent books of mine, don’t complain to me if you don’t know what they mean.

Here I am being interviewed at the Molineux stadium in Wolverhampton by Jason Forrest for WCR, in what I thought was going to be a radio show until I saw the cameras – I still have my glasses stuck in my hair.

At the moment I’m busy on the next book, and on facebook… but I’m always busy on facebook.

One of the side projects I always have on the go in order to keep me sane is an audiobook recording application that I’ll be giving away here at some point for beta testing (did I say I was a software developer in another life?) Here’s a screenshot with a little taster of the prologue to the next book (if your eyesight is good enough). 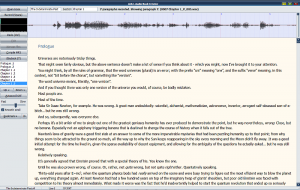 If you want to see some of my astrophotography, have a look here:

For now, here’s my main telescope. A 10″ Meade that I’ve spent many a happy hour freezing my arse off with.

Interesting factoid – The Moon on the cover of The Long Lost Future is a photo I took using this very scope that Phil ‘artified’ for me. 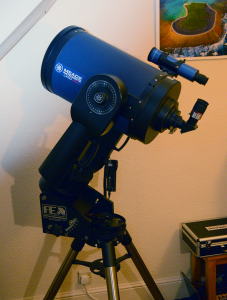 What were you expecting? Pictures of pets? Hang on a bit, I’m figuring out how to upload a video of my squirrel. A photo will have to do for now. This is Itchy. He never did get the hang of limbo dancing… 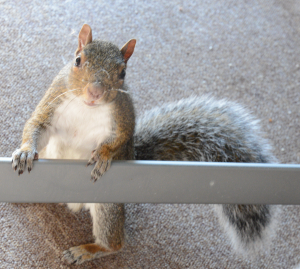