Excerpts from The Impossible Past

Even to the 99.9998% of Earth’s population who aren’t professional astrophysicists – such as yourself, statistically – that might seem like a fairly obvious understatement, right up there with “Oceans are quite damp” or “Orgasms are reasonably pleasant”. The eagle-eyed amongst you, however, will also have noticed that the statement itself doesn’t make a lot of sense.

‘How many universes?’ the linguistically astute amongst you might ask. ‘Shouldn’t there be just the one? That’s what the word means, doesn’t it? “Uni” means one, and “verse” means, er…’

You might flounder there for a moment while you consider the possibility of the suffix “verse” translating to “the bit after the chorus”. But on consideration you would probably dismiss that answer quite quickly, given that there can’t have been anything before this particular verse, let alone a bit of a sing-song.

Eventually you would settle on a more logical definition.

‘Doesn’t it derive from the same word as version?’ you might eventually conclude. ‘Uni-verse means something like one-version, doesn’t it? Surely there can’t be more than one of it.’

‘Not quite,’ your classically educated or possibly just speedily Googling friend might say. ‘The suffix “verse” comes from the Latin “versus”, meaning to turn into or transform, so the word “universe” actually literally translates as “everything become one”, not “one version”.’

Having accepted this explanation, you might then privately sneer at your friend’s use of the words “actually literally” and explain to him that it surely amounts to the same bloody thing, doesn’t it? The point being that there can only be one universe because the definition of the word itself rather precludes pluralisation.

As it turns out, however, the laws of physics outweigh the laws of grammar in the courtroom of creation, so your pedantic, nit-picking, quibbling little argument – grammatically correct though it might be – would be in error. If you thought there was only one universe, you would be badly mistaken.

But don’t worry. You’re not alone. Not by a nearly infinitely long chalk. Most people are wrong about almost everything.

Take Sir Isaac Newton, to pick an example not entirely at random. He was wrong. A great man undoubtedly: philosopher, alchemist, mystic, mathematician, astronomer, inventor… but his ideas about the universe were still basically wrong. Close, but no banana. Especially not an epiphany triggering banana that is destined to change the course of history when it falls out of the tree.

It’s generally agreed that Albert Einstein proved Newton didn’t quite get it right with a special theory of his. You know the one. Until that was also proven wrong, of course. Or, rather, not quite wrong, but not exactly right either.

Thirty-odd years after Albert discovered e=mc2, when the quantum physics bods had arrived on the scene and were busy using that formula to figure out how to blow the planet up, history changed course again. At least Newton had enjoyed a few hundred years on top of the imaginary heap of giants’ shoulders he’d clambered up, but poor old Einstein was faced with competition to his theory almost immediately. Even worse, it was his own fault! He’d inadvertently helped to start the quantum revolution that ended up challenging his relativistic assertions in the very paper he’d published nearly forty years earlier.

It turns out that God, despite Albert’s famous assertion to the contrary, not only enjoys playing dice, but is pretty damn good at it.

Here’s a link to the Amazon preview, which contains the first few chapters: https://amzn.eu/5A8lrHm 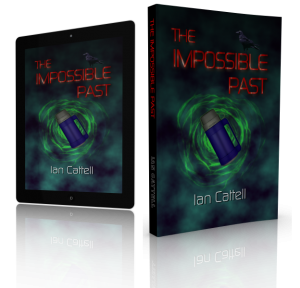